What do penicillin, Super Glue &
X-rays
have in common?

Their inventors all discovered them by accident!

In 1895, German physicist Wilhelm Roentgen made an important discovery while experimenting with electron beams in a special tube. Wilhelm noticed that a fluorescent screen in his lab started glowing when the electron beam was turned on.While Wilhelm knew fluorescent material normally glows when exposed to electromagnetic radiation, he was still surprised because heavy cardboard, which he thought would have blocked the radiation, surrounded the tube.

He began to experiment by placing different objects between the tube and the screen. No matter what he put between the two, the screen still glowed.
At one point, Wilhelm placed his hand in front of the tube. When he did this, he saw a silhouette of his bones projected onto the screen.

How they could become extremely beneficial to medicine.?

X-rays can pass through non metallic objects, including human tissues and organs. An X-ray machine is like a giant camera that allows doctors to see what is going on inside a patient without having to do surgery.
To produce an X-ray picture, an X-ray machine produces a very concentrated beam of electrons known as X-ray photons. This beam travels through the air, comes into contact with our body tissues, and produces an image on a metal film.

Soft tissue, such as skin and organs, cannot absorb the high-energy rays, and the beam passes through them. Dense materials inside our bodies, like bones, absorb the radiation.
Much like camera film, the X-ray film develops depending on which areas were exposed to the X-rays. Black areas on an X-ray represent areas where the X-rays have passed through soft tissues. White areas show where denser tissues, such as bones, have absorbed the X-rays 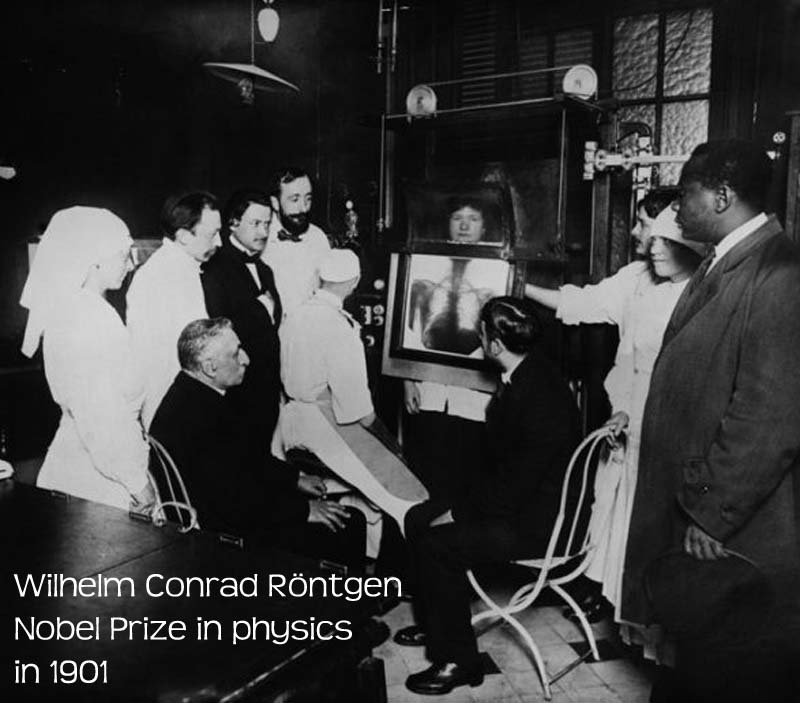